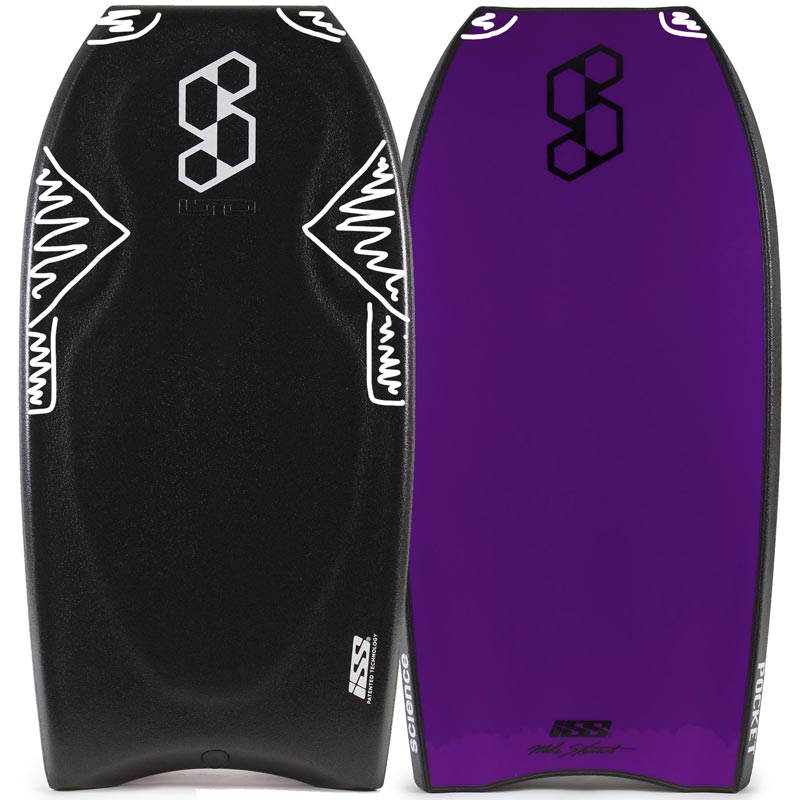 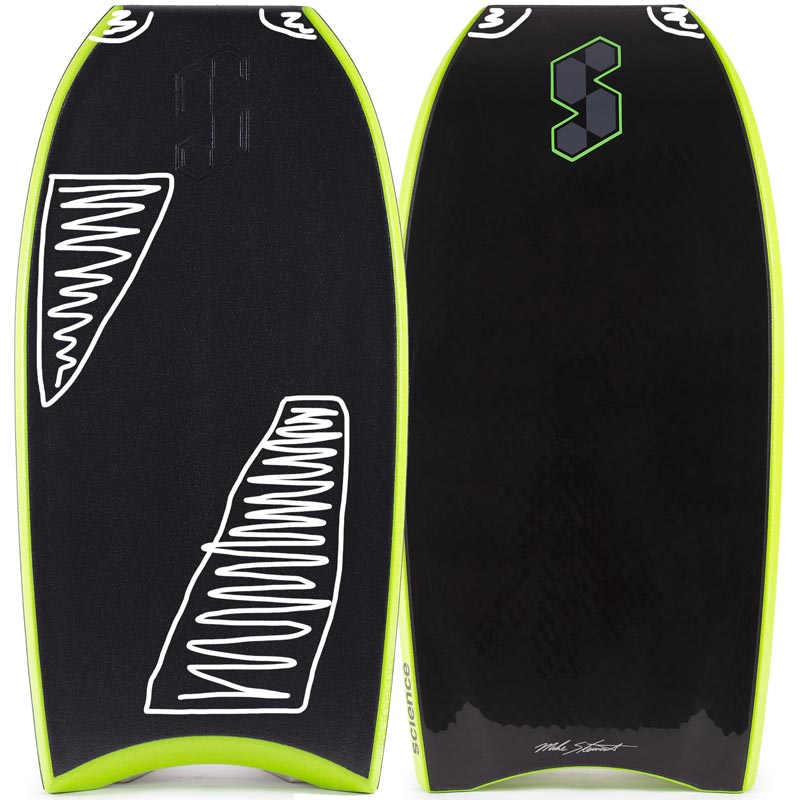 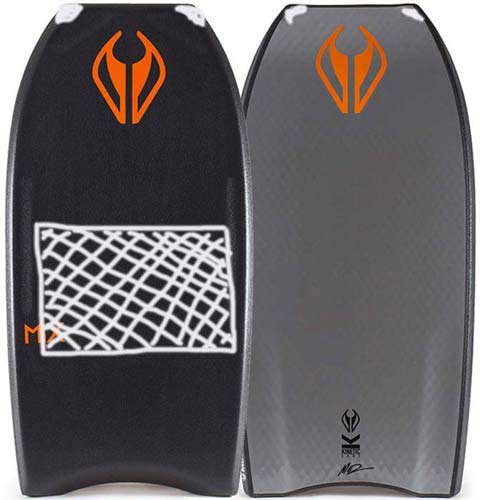 How to make the most of the year’s most disappointing party.

True partiers know that New Year’s Eve is a big let down. The anticipation creates unrealistic expectations of unbridled hedonism; bars, restaurants and clubs, seizing on the hype, jack up prices. The expectation that everyone will be partying drives the irregular revellers out of the house for a change and their inexperience has a real suffocating effect on your partying experience. More bodies in nightlife spaces that seem crowded on a Tuesday night in April; novice partiers slowing down the service ordering convoluted and time-consuming cocktails. We, the battle-hardened party veterans know that you want to be brief at the bar and get the most bang for your buck — taking up 10 minutes of the bar tender’s time while he conjures up a €12 potion is far worse option than a swift rum and coke, or vodka and water, or a bottle of house plonk — anything but that sugared-down glorified fruit juice with a sniff of liquor.

But it doesn’t need to be that way! If you’re in Europe this New Year’s Eve you can make it so you ring in 2018 swamped in fun. How? By partying Scottish style.

A real shins up in the Scottish capital, Hogmanay is the how they call the new year in the local dialect. Say it now, to yourself, in your best Scottish accent. Did anyone see you do that? Awesome. Hogmanay is quite simply a very elaborate street party, a wild night of music and dancing across the city featuring live acts and world-renowned fireworks. It’s a mixture of the traditional and the modern, incorporating both kilt-wearing haggis ho-downs and hip hop.

Bringing in the New Year with a gusto is a Scottish tradition dating back to the viking invasions and to this day retains some ridiculous customs like desiring that a tall, dark stranger is the first to enter your house once the clock strikes 12, but only if he comes bearing a lump of coal. When you’re Hogmanaying this year, and you’ve got a bit of height and tan going for you, be sure to stuff a few lumps of coal in your pocket.

It is also the birthplace of the globally sung, Auld Lang Syne, and thus the perfect place to belt out one of the world’s oldest and greatest drinking songs. Grab your pals in an embrace and start swaying around and belting out an appropriation of the song’s lyrics.

There’s also a fire torch parade that is definitely not held with tiki torches. Nice, inclusive torches are used in this throwback to pagan times and the New Year’s proximity to the winter solstice.

As you can tell, there is so much more to Edinburgh’s Hogmanay than just another New Year’s spent in your local watering hole bumping shoulders with your aunt’s slurry friends. This is an ancient celebration given a modern interpretation and Stoke will be there with pockets full of coal and bellies full of whiskey. You wanna join us? Well come on Willy, gie yerself ower haur an’ book noo!

A few words on our Cups For Chios program

A tanned young man sits on the shore of another idyllic Greek island. His backpack is battered, but it’s seen him through some pretty hairy adventures, good times and bad times. Same for the beaten up, trustworthy shoes on his feet; they’ve seen better days, and he sometimes thinks about buying another pair, but he always thinks better of it. He has plenty more travelling to do. He’s happy to be where he is, but he misses his family, sometimes too much. He has a smart phone in his pocket, but without wifi it’s no good to him; he can’t call them and maybe they can’t speak to him. He misses his dog, his girlfriend. He misses the career that he put on hold. He misses many things, but none of that compares to the, you wouldn’t call it joy, maybe relief, to be travelling.

This could be any one of us, with a few substitutions. Like, maybe you’re not a man, haven’t been to Greece, didn’t put your career on hold, but it’s not, because the person we’re describing isn’t travelling for pleasure or discovery. He’s not “doing” countries ticked off a bucket list. He doesn’t have the luxury, like we do, to be motivated by hedonism and to go where the fun is. He doesn’t ride the waves of TripAdvisor reviews.

The young man we’re describing is escaping war. He’s running away from a repressive regime. His hometown was bombed, friends and family killed. The government, then the rebels, insisted that he fight for them. He’s been shot at, chased away from the only home he’s ever known, but one that no longer has any future for him. Any plans he had for a career or family are now, indefinitely, on hold; all his savings, all his family’s savings, were stuffed into his pockets so that he could make this journey. He’s not travelling because he wants to, he’s travelling because he has to.

The young man we’re describing is a refugee who has made the perilous journey from Syria, Afghanistan or Pakistan and now finds himself on the shores of Chios, Greece, after a dangerous and expensive illegal boat journey from Turkey.

In many, most, regards we are no different from this young man, and countless men, women and children in the same situation. We’re no different except that the cosmic lottery of birthright allowed us to evacuate our mothers somewhere that is relatively free from violence and warfare, in countries with, no matter how much we like to complain about them, stable and honest governments. Just by being born here and not there we are given passports that allow us to pay next to nothing for a ferry from Turkey to Greece while the young man on the beach forks out a fortune to maybe drown in the Aegean Sea, like so many before him.

The reason why we’re telling you this story is that this year, having witnessed the unending refugee crisis unfolding in Greece and elsewhere across the Mediterranean, Stoke Travel has decided to focus on the similarities between us and these fellow travellers, and do what we can to lend a helping hand. After all, isn’t that the travellers’ spirit? Helping another man or woman of the backpack when they need it most — and boy do the refugees arriving in Chios need it.

This year, like all years, we’ve had a bar-cup deposit system to make sure all Stokies hold on to their cups and don’t create more waste with every refill. Normally the system works where you’d bring your cup back at the end of your stay and we’d refund the fee. Now what we’re doing is asking that you leave the deposit as a donation, 100% of which will go to our charitable partners on the ground in Chios who are doing fantastic work with the refugees there, but who always need our support. You donate the cup deposit and we’ll match it and not only will we all be full of beer, we’ll be full of the knowledge that, however small, we did something to help some fellow travellers who are, very, down on their luck.

And at the end of Oktoberfest we’re all going to pile into a big old airplane and fly from Munich to Chios to soak up some much needed, post Oktoberfest sun, to boost the local economy that is feeling the pinch from being on the frontline of the refugee crisis, and to see firsthand just what these travellers are enduring — and maybe help out where we can.

So when you’re in Munich with Stoke Travel, now you know why we ask for a cup deposit (and why we’re reluctant to give it back). Come and have a chat to us about the efforts in Chios, and if you’re free at the end of Oktoberfest, why not come down to the Greek Islands and see what’s happening first hand.

Let’s see the similarities in strangers, not the differences. Let’s help out some travellers in need.

For more information on Charitably Stoked, dive over here.

The loosest European festival of the year is finally here! And because we know you’re forgetful dirtbags, we’ve whipped up this list of Okiefest essentials, so you rock up to Munich ready to fest with the best of them.

Here at Stoke we love to party and the number one party essential is your most obnoxious party shirt. Think loud colors and patterns, the more flamboyant the better. When you look snazzy, you feel snazzy and snazzy is the key to a good time.

Probably the most underrated tool in the toolbox, glitter never fails to amp up the party. Whether paired with that flashy party shirt or jazzing up your lederhosen, glitter is your best friend. You won’t want to be the only fool with plain boring non-sparkling skin.

Probably the most practical item on this list, but definitely worth noting are gum boots. Sometimes it rains. Stay dry and keep the party going with some solid rain boots and you’ll be sweet.

The Stoketoberfest campsite has plenty of awesome features, but its best one is arguably the chicken nugget vending machine. For five euros you can get a bowl of freshly made chicken nuggets that some claim are even better than Mcdonald’s. But the most fun part is that the amount of nugs you receive are totally random — you can get anywhere from 1 to 25. We include a hearty, cooked breakfast and a knockout dinner, but these little treats are perfect after a bender, before a bender, on the way to the beer halls. Really they’re a godsend, so keep that cash handy.

This one’s for the ladies and is a crucial dirndl accessory. Accentuating the cleavage is the dirndl’s best feature, so give it a little umph with a good bra.

Munich is fucking cold. Booze and warm clothes have their limitations. Bring a snuggle buddy to keep the midnight chills away. But don’t worry if you can’t check this one off the list, beer halls and campsites are prime pickings for warm bodies.

Speaking of snuggle buddies, bring protection! No one wants STIs or Okiefest babies. Be smart and make sure you’ve got those condoms in the bag.

There you have it, the only things you’ll need to conquer Oktoberfest like a true legend. Now get your shit together and get over here to Stoketoberfest to take the party to the next level. We’re almost fully booked! But there may still be some midweek spots left if you hurry, heathens.